You are here: Home > Software Inventory

The program is installed on administrator's computer only and uses WMI technology for scanning the hardware and software. It does not require any additional components on users' computers. The program supports other methods of gathering data if WMI cannot be used for some reason. You can even add the information from offline computers into one general inventory database.

The program collects the following data on network computers' software: 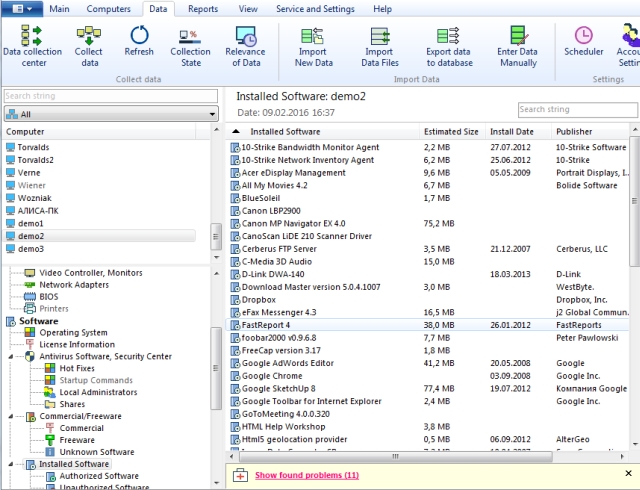 The software and hardware inventory data can be scanned once and viewed later when network computers are turned off.

10-Strike Network Inventory Explorer contains a powerful report generator which allows you to create hardware and software inventory reports in various file formats for single computers or for a group of computers (the reports can be saved separately or into a common file). With its help, you can create reports on the availability of particular programs and number of copies installed on network computers. 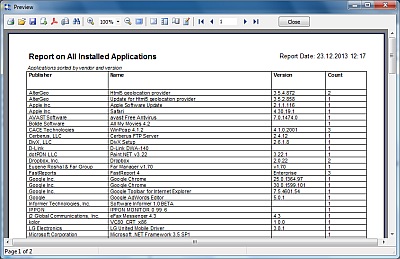 The program audits changes in hardware and software inventory and writes the changes to the inventory log for later analysis and view.